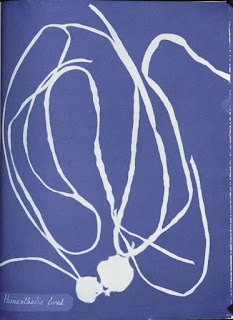 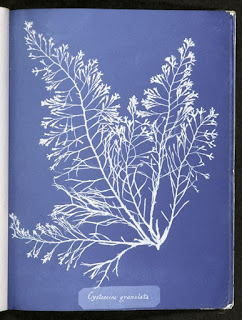 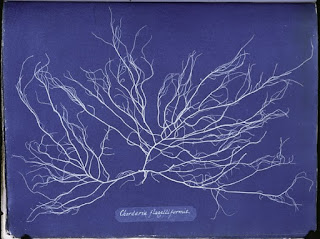 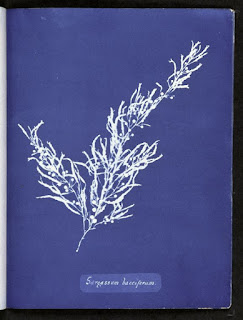 Photographs of British Algae is a landmark in the histories both of photography and of publishing
The Library's copy of British Algae originally belonged to Sir John Herschel (1792-1871), inventor of the blueprint process, among his many other photographic as well as scientific advances. One of thirteen known copies of the title, Photographs of British Algae was acquired in 1985 at auction directly from Herschel's descendants.
Atkins used Talbot's "photogenic drawing" method, arranging her specimens on sheets of glass for easier handling for repeat exposures, and adopted Herschel's blueprinting process, to generate the multiple copies of specimen plates comprising Photographs of British Algae. She also used this same method to produce title pages and contents lists instead of having them conventionally typeset. Atkins issued the work in parts, distributing them privately between 1843 and 1853; she occasionally supplied new plates as updates and substitutions when better specimens were available (for example, see the variations in The Library's two copies of Part IV), which recipients all handled differently
en 13:30