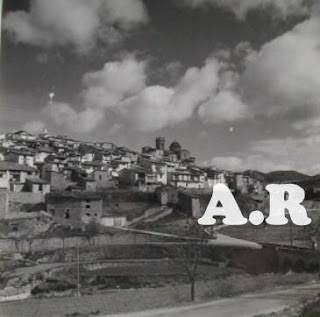 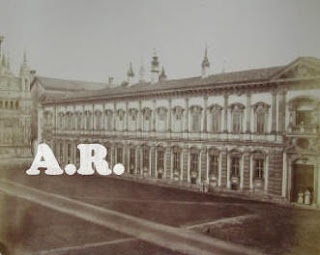 These two photographs reflected the large entrance courtyard of the Certosa di Pavia one of the most important and beautiful monuments in Italy both for its architecture and its content in works of art. We observe several monks, strategically placed, posing for the photographer and used to convey the grandeur of the building.

These photos, as I know, could be dated in 1860, that is therefore of great antiquity in terms of photographic image on paper. They are included in an album titled " Certosa di Pavia".

The photos are strangely jagged edges and corresponding to the early days of photography on paper (1855-1865). 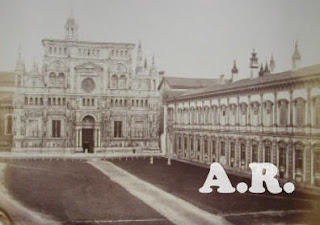 After a long research I have got the name of the photographer of this album: Giacomo Rossetti. 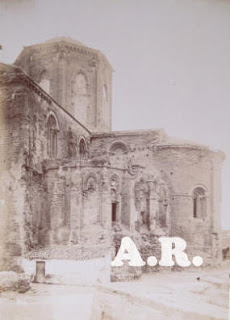 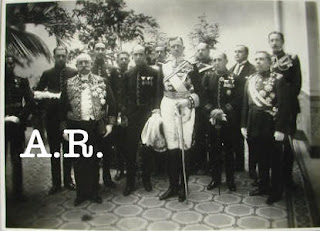 This magnificent image, gelatin bromide, contains the members of the official mission sent by Spanish King Alfonso XIII to Venezuela in 1921, to meet General Juan Vicente Gomez.
The central figure in the photograph is the Prince Ferdinand of Bavaria, that in 1906, married the Infanta Maria Teresa of Bourbon Mrs. daughter of Alfonso XII and sister, therefore, of Alfonso XIII.
The photo is made by one of the best pioneers of Venezuelan photography Pedro I. Manrique, whose photographic study was one of the most important in Caracas since the late nineteenth century until well into the twentieth century.
This picture is included in an album that is a graphic reminder of the visit of Prince Fernando to Caracas where they were treated by General D. Juan Vicente Gómez who ran Venezuela for 27 years.

Photographer and writer. Son of Bartholomew Manrique de Lara and Arvelo Arvelo and Manuela and Echeandia.
He alternated his studies with courses in photography school that teaches a English-born photographer based in Caracas, TA Gray and drawing courses under the direction of José Manuel Mauco at the Central University of Venezuela.
In 1880, Gray's death, Manrique, in partnership with the Italian Juan Bautista Pinottini, had established a photographic studio in Victoria. In 1883 is associated with General Pedro Brito Arismendi and opens a first photographic studio in Caracas. Then travels to the east of the country: Barcelona, ​​Cumana and Carupano, accompanied by the painter William S. Signing Gil who appears together with him, the photos taken.
In 1893, he traveled to Europe where he brought the material that served to open in Caracas his own photo studio, under the trade name of Manrique and Company. This study offered sophisticated methods such as photography glossy or matte platinum, illustrated portraits, the photo-multifotografía and silk.
Manrique was also the introducer in Venezuela of color photography. True "academy of photography", the study of Manrique and Company. helped the formation of numerous Venezuelan professionals in the industry. Manrique photographic images illustrated the pages of The Cripple, El Nuevo Diario, El Universal, Billiken, Elite and News and were honored with numerous awards, both in Venezuela and abroad. Besides his work in the photographic field, Manrique also published a book of poems, Living Dead (1922) and numerous articles in magazines of the time.
His son and disciple, Pedro Antonio Manrique Arvelo, kept the establishment founded by his father until 1937, when he held the position of official photographer of the palace of Miraflores, it was he who made the series of photographs from the prison of La Rotunda in Caracas before its demolition in 1936. J.D.
en 9:24 1 comentario: 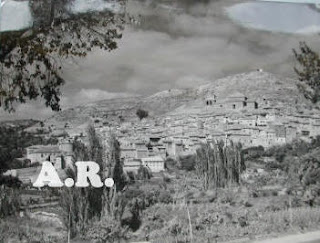 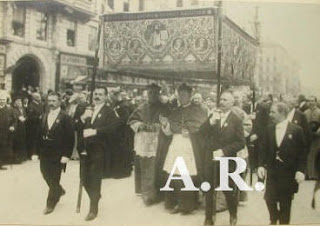 This two photos shows us the reception in Vienna of the Cardinal van Rossum Ablegat in the occasion of the XXIII International Eucharistic Congress held in Vienna in 1912.
These pictures belong to a rare album located in Madrid in an antique bookseller and noted for its luxurious and magnificent bookbinding conservation. A copy of this album is in a library in Vienna.
According to the same label was sold at the store Rudolf Lechner. The album is photographer Wilhelm Muller, as the actual album shows. 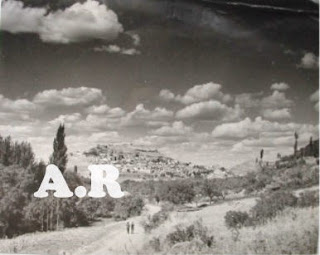 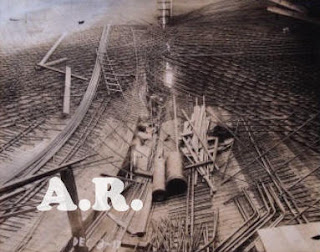 The theme of this photograph would be difficult to guess but even so, all we see is a nice photo.
The theme of the photographer encouraging action that creates a strange picture, unknown but it attracts.
We face the necessary framework to build a concrete boat.
Indeed, it sounds strange to our ears, but these kind of ships sailed, and for a time thought to have much future as they were cheap to build, then saw that there were not operational.
The boat is the SS. Faith and was built in a shipyard in Oakland California thanks to the efforts of Leslie Comyn who created the San Francisco Shipbuilding Company for the purpose.The photograph was made by Service Studio Photo (Market Street 123).

Good Ship “Faith”
Home to start on new adventures
Concrete craft wins high praise from owners and master
Unmindful of war or peace, strikes or storms, the reinforced concrete ship Faith continues on her even way, plying the waves or every ocean. No see too rough, no gale too high for this sturdy twentieth century marvel.
For her maiden voyage the Faith took a taste of the Pacific, going from San Francisco, the city of her birth, to Vancouver, thence back to the Panama Canal. Forty and sixty miles Pacific gales failed to ruffle her temper, much less to strain her in seams. Having thus convinced all doubters or her sea worthiness, the Faith slid up to New York, where she received the homage of innumerable admirers.
Getting back into her element she betook  herself to South American waters and upon her return set sail for England. While there she was minutely examined for lines of care or distress, bur none was found. Her captain said that in his thirty years experience of life on the ocean waves he had not met with any boat to equal to this one. And her owners said:  It is needless for us to say that the boat took not an inch of water, as she is one of the stanchest sea boats afloat.
Now the Faith has returned home in quest of new glories. It is said she will soon be on her way to a new and distant continent.
Wherever she goes the Faith “delivers the goods” 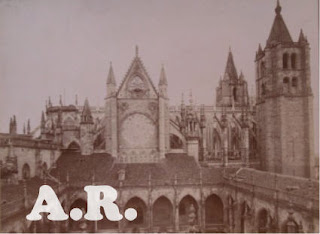 Corresponds to a high view of the courtyard and towers of the Cathedral of León recognized and admired for its architecture and for its magnificent stained glass windows.

This image of the cathedral is a bit different from the usual plane of view because the photographer is placed high way for us to know better the magneficiencia of this classic medieval architecture, Gothic which was begun in the thirteenth century

He had his studio at San Marcelo León 17.

'The Lion of Germán Gracia. Landscapes and Characters' 2011 León

You can download the catalog, worth, with many old photos of Leon

Grace ........... Germán Valencia was a photographer and painter, born in 1862, who settled in Leon when I was here 25 years and opened his photography studio and paint. Pioneer of photography in Leon, married Ninfa Díez and served as a pro active and regular winner of photography competitions at international exhibitions.

He practiced both portrait and reportage, and soon became one of the first documentary of the development and evolution of the province and the capital. He was the father of another great photograph of Leon, Pepe Gracia ........... 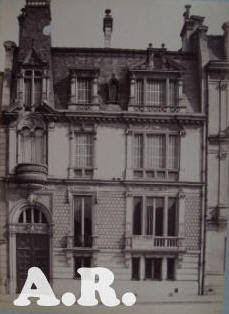 The album made by Pierre-Lampue contains 40 photographs -albumens-of size 22x16 cm buildings of Paris and its surroundings. The albumens are pasted in soft cardboard, some of them had , handwritten the name of the architect of the building.
This picture depicts a facade of a house in Paris designed by architect Duttenhofer.
About this architect only on the web I found the following reference:
Paris 1876-1914: les permis de construire 46 rue HalléChérie, 13 rue de MédicisDuttenhofer, 2 quoted Tréviseateliers d'artistes1 mai 1880 (travaux commences)

The Thrill of the Chase: The Wagstaff Collection of Photographs at the J. Paul Getty Museum
September 10 – December 11, 2016

.. The subject of an interpellation in the Chambre des Députés. Following the lead of a municipal councillor and amateur photographer named Lampué, who had written an open letter to Monsieur Bérard, Under-Secretary in the Ministry of Fine Arts, in the Mercure de France:
....That access to all public building should be denied " to a gang of criminals who behave  in the art world like yobs and delinquents.

..........American architect Russell Sturgis (1836 –1909) was a leading figure in the development of architectural criticism at the turn of the 20th-century. During his formative years in New York, Sturgis gained an appreciation for architectural history and modern design. An advocate of the American Pre-Raphaelites, Sturgis sought much inspiration in the written works of English architect and critic John Ruskin. Upon his return to New York after extensive travel abroad, Sturgis opened his own architectural practice in 1863. In addition to his success as an architect, Sturgis authored countless articles and books on various architectural subjects.
After 1858, Sturgis earnestly began to collect choice photographs and drawings of various architectural gems. Sturgis' collection of photographs is particularly rich in both its collective thoroughness and diversity of images represented................. 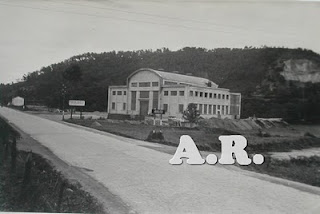 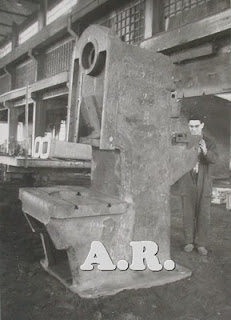 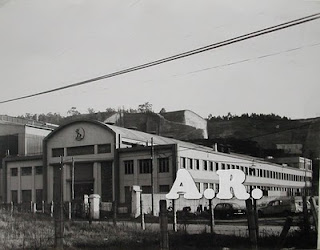 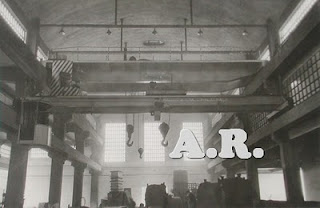 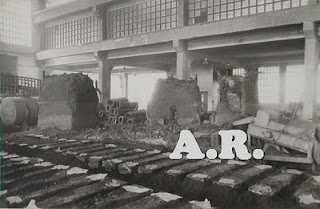 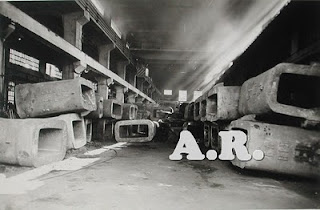 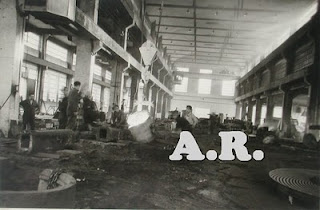 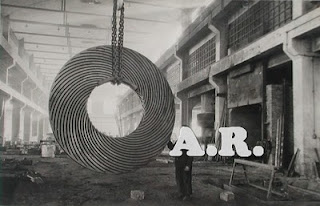 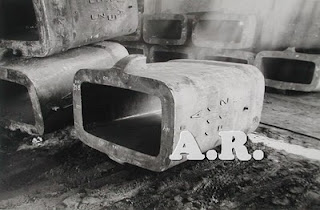 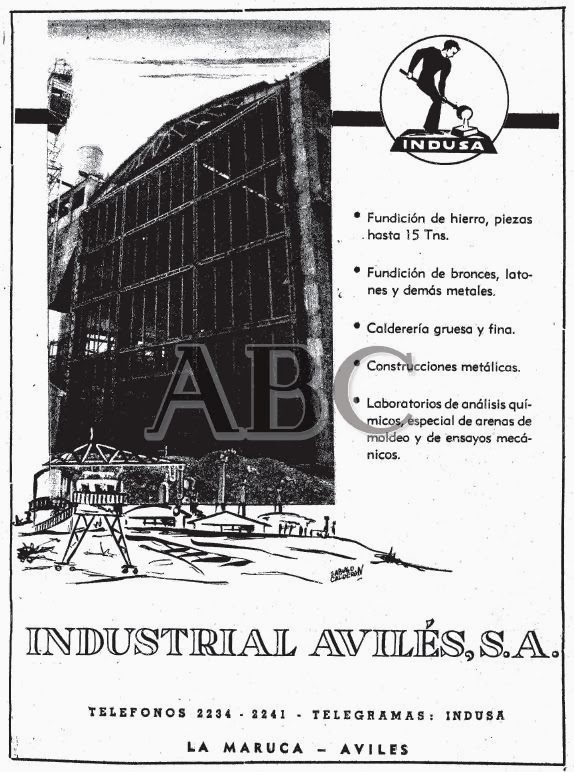 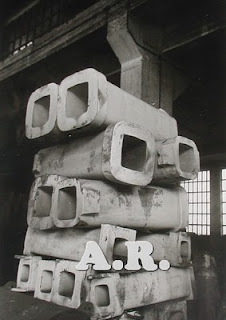