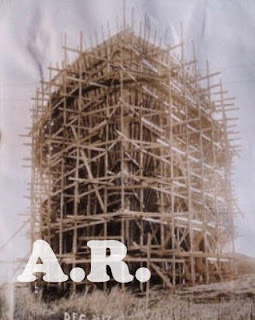 These almost abstract photographs represent the construction of the SS (Steam Ship) Faith. It was the first concrete ship built in the United States, in 1918.


There was supposed to be built 20 ships of these type, because of the lack of metal during the World War I, but finally there were built 3. They were used for commercial transportation. 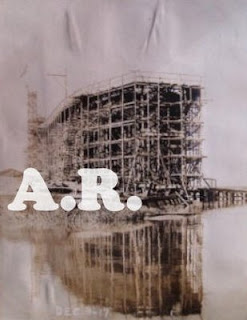 These antique photos belong to a photography album, probably requested by the engineer of the Ship, Nicholson (whose name is in an envelope with the banner of the launching in it), to the Service Studio Photo.


The construction of the SS Faith was made by the San Francisco Shipbuilding company, property of Leslie Comyn, from a requested of the president Wilson.

These photos are almost surrealistic, unless we know there is a ship inside, this could have been an invention of the photographer looking with the eyes of a painter.


Carrying a General Cargo the concrete ship Faith. Passing through Gaillard  Cut Panama Canal en route from New York to Valparaiso on the Stone Hull has been conclusively demonstrated by this vessel, which has Weathered heavy storms an travelled thousands of miles during the past year.


N.Y. Gets sugar in Concrete ship Faith
By associated press
New York Nov. 21.
The American steamship Faith, the largest concrete ship in the world, launched March 14 last on the Pacific Coast as an experiment in this metod of construction, arrived here today with a cargo of sugar from Cuba