Albert Greiner mainly practiced portrait photography. The harvest of surviving business card portraits is great. He undoubtedly belonged to the better photographers in this genre. He worked with artificial backgrounds (painted canvases) and often failed to handle this in a natural way in his photographs. "The family album is really in the eye of the owner often not much more than a showcase and photographe which had the good fortune to deliver the best 'monster' of the collection, is likely to obtain the best klandisie" Magazine writes for Photographie yield timber set in 1884. Greiner and had an extensive customer base, including many actors and actresses. Occasionally entered a chosen client his studio to immortality. In 1871, for example, he portrayed the French painter Claude Monet and his wife Camille.
In the article "The chair in the 19th-century photographic studio 'in Dutch Art History Yearbook 1980 one finds another clue which illustrated how prosperous Greiner was studio. An examination of his business card portraits indicates that he is not less than sixty-five different chairs used in his workshop in the course of time. This furniture offered the possibility to pose the client in different positions: on, behind, next to or in front of the chair. 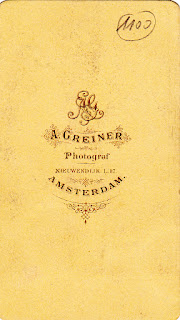 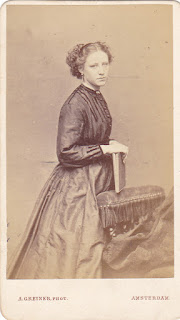 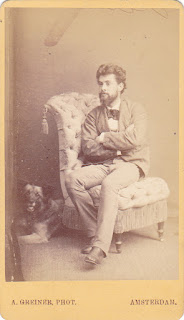 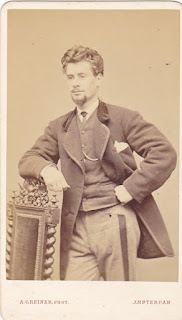 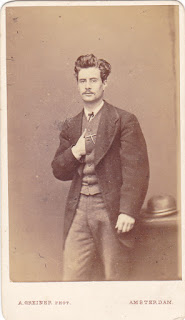 In the period from 1875 to 1890 Albert Greiner was a major Dutch theater photographer. The photographic technique was not yet so advanced that it could be photographed during the stage performances himself. Actors and actresses visited the studio of a photographer, dressed up in costume and there posed for an appropriate backdrop