................Valentines of Dundee, the well-known photographic company which produced Scottish topographical views from the 1860s, and later became internationally famous as the producers of picture postcards was founded in 1851 by James Valentine (1815-1879). He added portrait photography to the activities of his established Dundee business, which had been based up to 1851 on the engraving, printing and supply of business stationery. In 1855 he erected one of the largest photographic glasshouses in Britain. About 1860 he decided to emulate the success of George Washington Wilson in Aberdeen in selling topographical view photographs. In 1866 James Valentine carried out his first Royal commission and received the Royal warrant in 1867. He used a converted barouche as a mobile darkroom. His exceptional organisational and presentational skills were essential in the rapidly expanding and thriving concern which opened a large printing works at 152 and 154 Perth Road, Dundee. William Dobson Valentine (1844-1907), son of James Valentine, took a course of chemistry at London University and trained to be a landscape specialist in the studios of Francis Frith at Reigate, Surrey, the largest English publisher of the commercial landscape. He entered the family business in about 1860.

James Valentine Oxford DNB
...........This enterprise proved to be so profitable that in 1855 Valentine erected one of the largest photographic glasshouses in Britain. By the end of the decade portrait photography came first in his advertisements and he was retailing photographs of local worthies. In the early 1860s—after instruction in the studio of Francis Frith in Reigate, Surrey—he added landscape photography to his repertory, aided by the ingenious conversion of a barouche into a mobile dark-room and by the entry into the business of his eldest son by his second marriage, William Dobson Valentine. In 1864 he solicited the Queen Victoria's attention with topographical photographs, including one of Queenswell in Glen Mark, and was rewarded with commissions for views of Scottish scenery. In 1868 he obtained the royal warrant as ‘photographer to the queen’, the second in Scotland to do so after George Washington Wilson of Aberdeen.................. 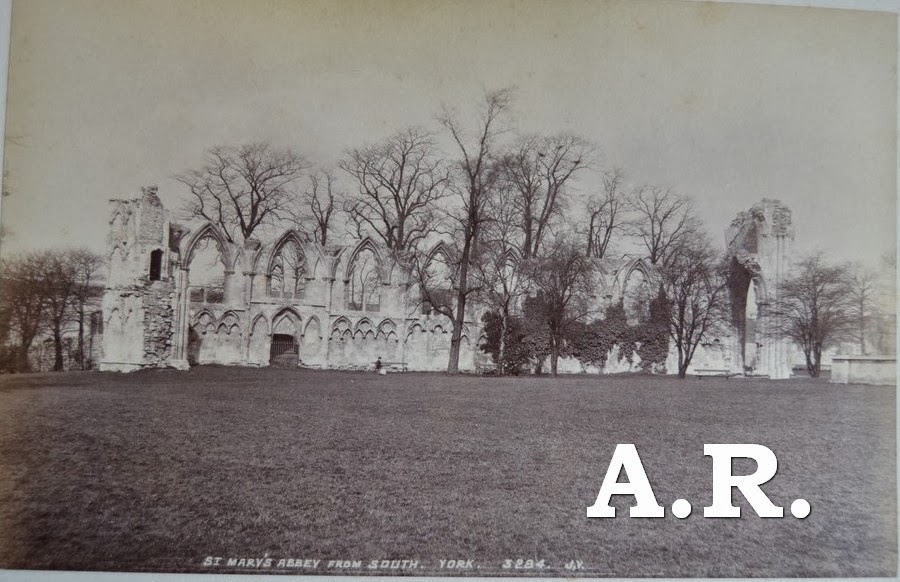 Saint Mary Abbey from south York
St Mary's Abbey in York was a great institution which sat opposite and mirrored the city's cathedral for some 350 years.
Its story ties together two of the most important events in English history.  It was begun by William the Conqueror to reinforce his hold on the north after 1066 and ended by Henry the Eighth as a consequence of his Reformation of the church.
In its day it was the wealthiest abbey in the north and one of the richest in the country.
The abbey's economic power and privileges brought benefits to the city but were also a source of conflict...... 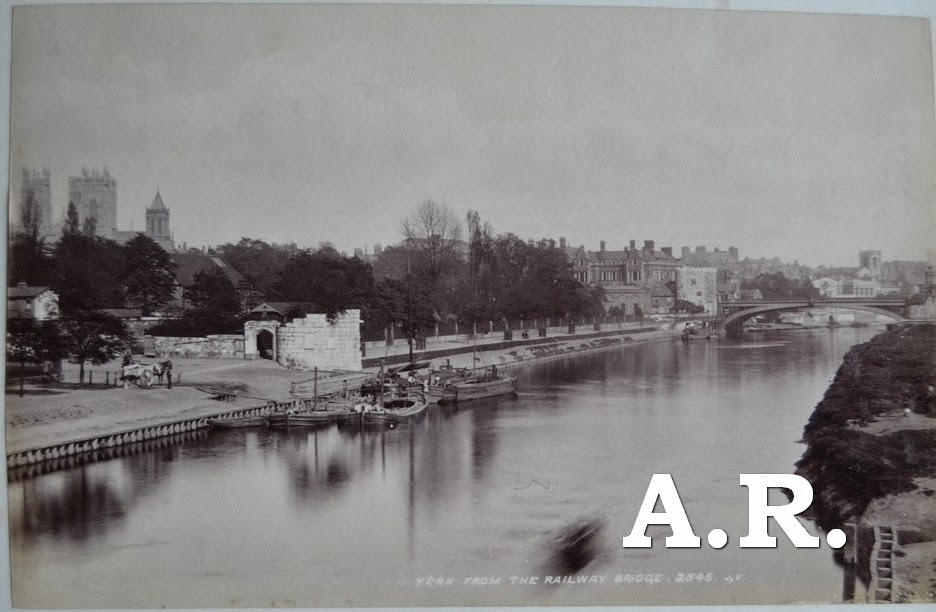 York from the railway bridge 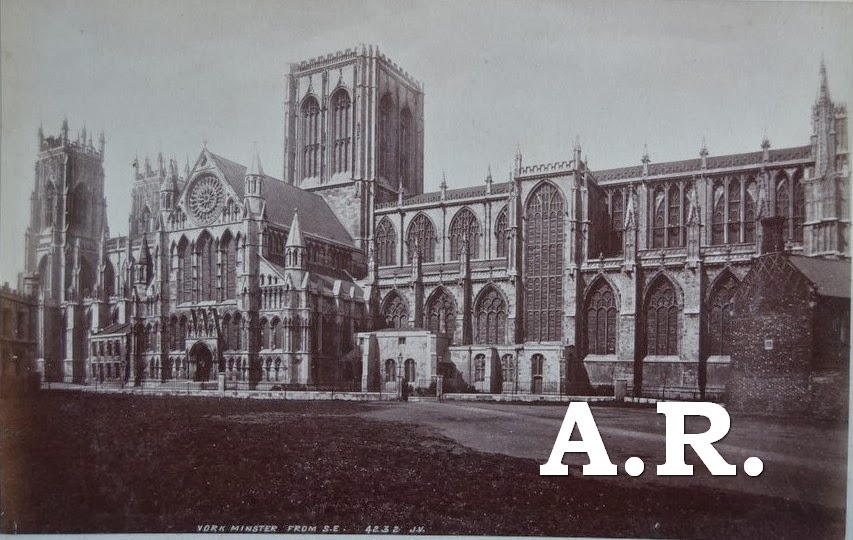 .In one of the country’s largest conservation and restoration project of its kind, cutting-edge science meets ancient craftsmanship to reveal the glory of York Minster's East End, a masterpiece of stained-glass and stone, hailed as England’s 'Sistine Chapel'. The project draws on international expertise, while the award-winning Stoneyard and York Glaziers Trust have been able to expand training in the specialist craft skills of stone-masonry and stained-glass conservation.............


York Wikipedia
.....York localis a walled city, situated at the confluence of the Rivers Ouse and Foss in North Yorkshire, England. The city has a rich heritage and has provided the backdrop to major political events throughout much of its two millennia of existence. The city offers a wealth of historic attractions, of which York Minster is the most prominent, and a variety of cultural and sporting activities.
......... In the Middle Ages, York grew as a major wool trading centre and became the capital of the northern ecclesiastical province of the Church of England, a role it has retained.
..........In the 19th century, York became a hub of the railway network and a confectionery manufacturing centre


..................With a similar entrepreneurial spirit, in a bid to extend his initial portraits into the realm of greater production, Wilson had a stroke of marketing genius. In 1857 he created a montage of one-hundred and one of Aberdeen’s established middle class, identifying the who’s who of Aberdeen society, and simultaneously drawing attention to himself, to his clients and their elevated status. It sold extremely well, and in a single stroke this new promotion publicly cemented his relationship with existing clients while using their patronage and image as advertising, thus compelling other members of society, wishing for similar recognition, to visit his studio in the hopes of being included in the next year’s edition...........
en 7:00