...........In 1866 Napoleon Sarony returned to New York City after a multi-year sojourn in Europe and England. A nationally known graphic artist and publisher of lithographs, he had retired from active participation in Sarony & Major in 1858. He departed for Europe craving artistic stimulation. He visited the ateliers of Paris and Brussels, haunted the studios of London. Yet what most galvanized his imagination was photography, an art practiced by his brother, Oliver, in Scarborough. After a thorough grounding in the chemistry of wet plate developing and enlarging, and instruction in optics, he opened his studio in Birmingham, England, specializing in carte de visite portraits, and occasional celebrity pictures.
................."As a representative establishment in the production of carte and cabinet photographers, crayon pictures, porcelains, and oil paintings with or without a photographic foundation, is the gallery of Sarony at 680 Broadway. With a natural genius for his vocation, Mr. Sarony has been an artist from early youth, commencing his professional career, we believe, in Birmingham, Eng., and pursuing it with eminent success in this city. He has received abundant public honor, the admiration of connoisseurs, and ample patronage from persons distinguished in public life and in spheres of wealth and fashion." 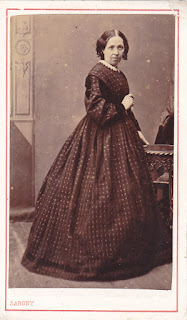 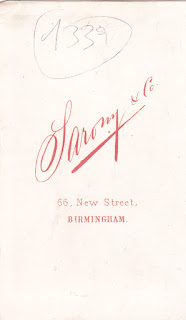 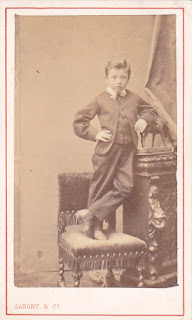 Canadian-born Sarony moved to New York in 1836 and worked as a lithographer for Nathaniel Currier until he established his own firm in 1843. Originally self-taught, in 1858 he went to Europe for artistic training. In 1864 he apprenticed himself to his brother, Oliver Sarony, a noted photographer in Scarborough. Within a year he went to Birmingham and partnered with R. W. Thrupp and Martin Laroche.

...........Wilde appeared in Sarony's studio dressed in the attire he would wear at his lectures: a jacket and vest of velvet, silk knee breeches and stockings, and slippers adorned with grosgrain bows--the costume he wore as a member of the Apollo Lodge, a Freemason society at Oxford. Sarony took many photographs of Wilde, in a variety of poses. Here, his features not yet bloated by self-indulgence and high living, Wilde leans toward the viewer as though engaging him in dialogue, 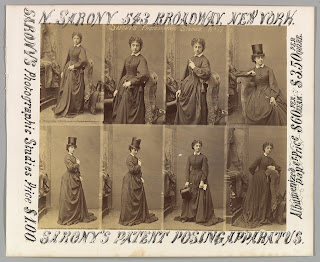