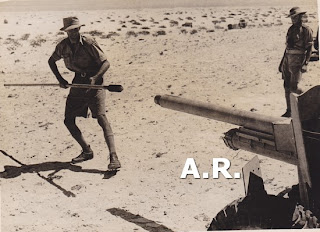 British Official Photograph
War Office photograph
Cleaning the barrel of a 6 pounder after firing Australian troops in the western desert.