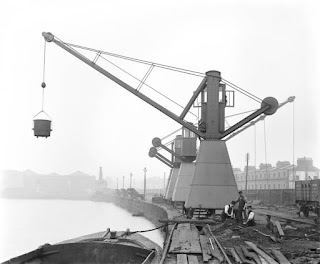 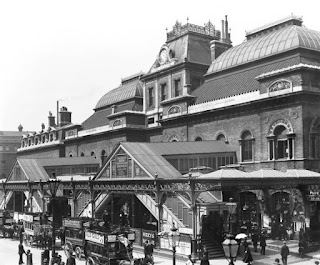 Broad Street station, London, 29th June 1898. This station was on the North London Railway. It opened in 1865 and was the NLR's terminus. By 1900 this station dealt with an average of 85,000 passengers every day, more than Euston and Paddington combined. This was due to its location, in the City of London, where many thousands of people worked 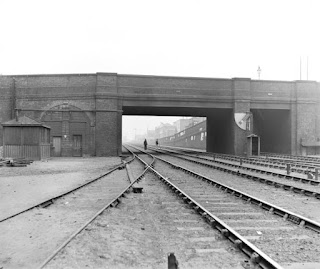 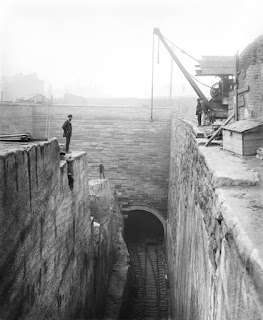 Title: Building a railway cutting in Liverpool, 1881
Date: 1881
Place: Liverpool, Merseyside, England
Description: The rebuilding of the London & North Western Railway between Lime Street station and Edge Hill, Liverpool, 1881. Work began in the 1870s to expand Liverpool Lime Street and quadruple the number of tracks entering the station. Traffic entering the station had heavily increased since the station was built in the 1820s. Liverpool as a whole dealt with a high volume of traffic due to the large amount of freight being brought to the docks to be shipped abroad.
"© National Railway Museum and SSPL" 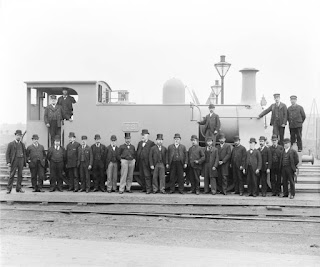 Title: North London Railway staff, 1894
Date: 1894
Place: London, England
Description: A group of North London Railway staff posed in front of 4-4-0T locomotive number 72, at Bow Works, 1894. This newly completed locomotive was manufactured at Bow works. The engine has been temporarily painted in 'works grey' for photography. When it had been photographed it was painted in the North London Railway's operating livery. The status of the staff is indicated by the type of hats they are wearing. The senior workers and the heads of department are wearing top hats, the foremen bowler hats and train crewmen wear caps.
"© National Railway Museum and SSPL"