.........As the story goes, in 1872 railroad magnate and ex-governor of California Leland Stanford made a bet with a fellow horseman regarding a horse's gallop. Contending that all four of a horse's feet are off the ground simultaneously at some point while galloping, Stanford hired Muybridge to prove it photographically.

..........Undaunted, he developed a system of first twelve and eventually twenty-four cameras, whose electro-magnetic shutter blades were opened by the stride of the animal tripping wires strung across the track. This series of twenty-four consecutive frames, which took less than one second to expose, was made after Muybridge had perfected his technique. Ultimately, Muybridge did prove that all four feet of a galloping horse were off the ground simultaneously. 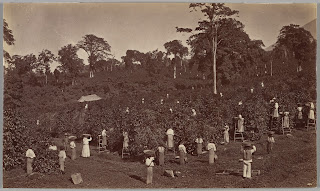 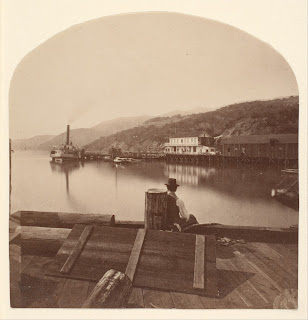 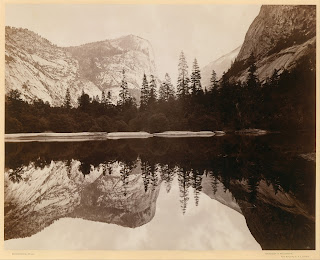 Mirror Lake, Valley of the Yosemite