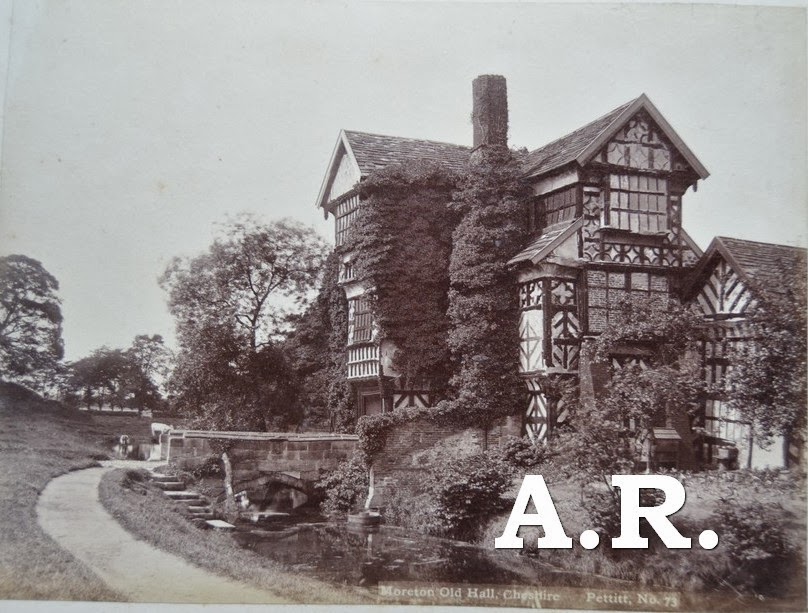 Built to make a big impression, Little Moreton Hall was constructed during the Tudor period, with the earliest part of the house begun in around 1504-1508 and the latest addition being completed in 1610. The Moreton family were wealthy landowners in the area and built the house as a symbol of their prosperity

‘Logically it should not still be standing up!’
Seeing the tumbling architecture of Little Moreton Hall for the first time, engineers in 1990 could not believe their eyes. Fortunately this timber-framed building, curled around with a scenic moat, has defied logic for over 500 years. 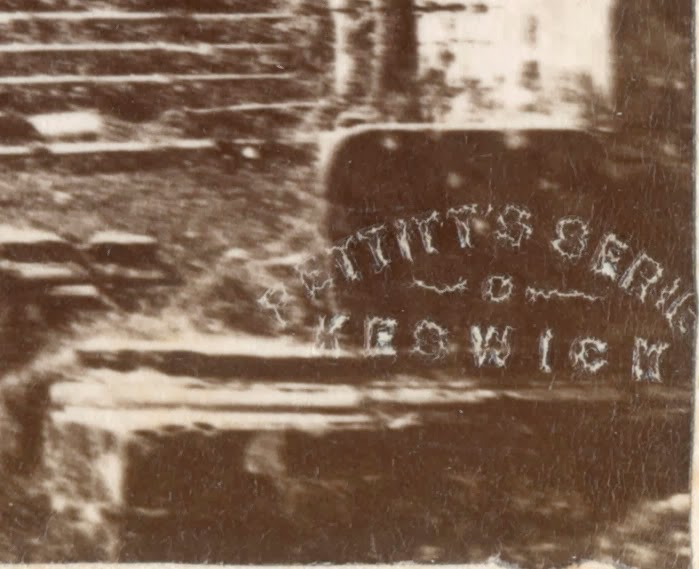 ALFRED PETTITT'S FINE ART GALLERY OF THE LAKE DISTRICT, And the Derwentwater Portrait & Landscape Photographic Establishment, ST. JOHN STREET (90 yards from the Royal Oak Hotel, on the Ambleside Road), KESWICK. OPEN FROM 8-0 A.M. TO 10-0 P.M., FREE. (Established 1854.)
THE PAINTINGS (in Oil and Water Colors) Exhibited for Sale, represent the Mountains, Lakes, and Passes of the English lake District; by ALFRED PETTITT, KESWICK.
PHOTOGRAPHS. Mr. PETTITT'S series (4) of the English Lake District are the Largest and most complete published, and include Views of and from the summit of Scawfell Pike, Great Gable, Helvellyn, Striding Edge, Red Tarn, Pillar Rock, Wastwater, &c.
CATALOGUES on application to Mr. PETTITT, or at the Hotels and Stationers of the District. Payne Jenning's Photographs and Books also on Sale. 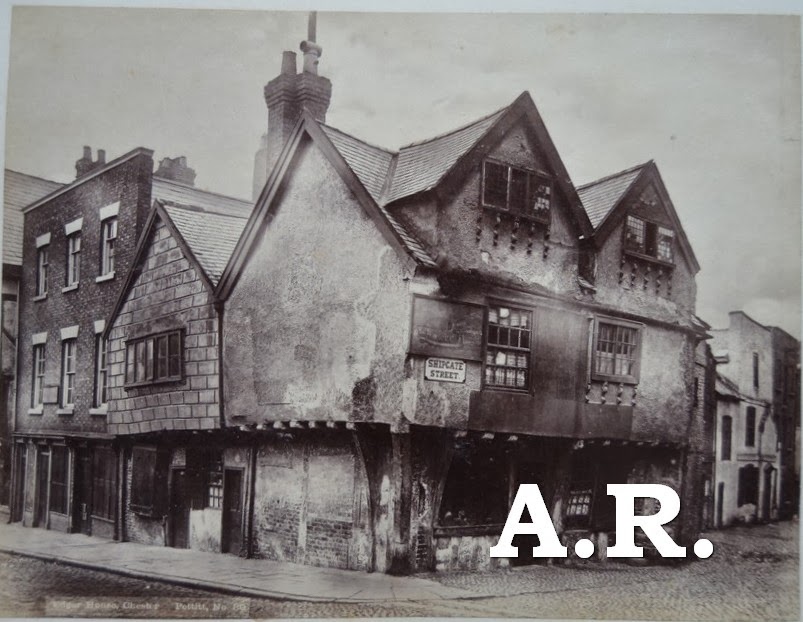 .......Ye Olde Edgar is located at 86 and 88 Lower Bridge Street, on the corner of Shipgate Street, Chester, Cheshire. England. It is designated by English Heritage as a Grade II listed building.
.............It has basically a timber-framed structure, part of which has been replaced in brick. Its panels are plastered, and it is roofed in grey slate. The building is in two storeys, with two bays facing each street. The lower storey is mainly in painted brick, with brackets supporting the jettied upper storey. The side facing Lower Bridge Street contains three casement windows, and that facing Shipgate Street has two similar windows and a doorway.

In reply to your favor of the 23rd Ult. I should be much pleased if we could make satisfactory arrangements for my Coming to your neighbourhood this Summer to take Negatives. it is a long distance to come which would require my absence from home a considerable time if the quantity of subjects you name was got well. now I would propose as the likely expence £1 each for every successfull negative, paying my own expences – or 15/- ea & my expences paid. I have at present never taken negatives for Sale – except about 4 taken for gentlemen in this neighbourhood but I have had offers from a London House of 3 guineas each for at least 50 of the negatives I have by me – but I considered they were more valuable to myself for printing from. If I was allowed to get a duplicate negative for myself of any of the subject you required it would make a great difference in the price. You did not say but I suppose you to require the negatives for yourself. if you merely wish me to take the negatives for myself – & you would take a certain quantity of positives from each – I should require to be informed how many each you would be likely to require, should you want any more of my views the price will be 4/- per dozen. for single unmounted prints. I shall be glad if you will give me your further Idea of the scenes in your locality, at Your early convenience & am

.......Abraham is perhaps the name most famously associated with Victorian Lake District Photography. Several generations of the Abraham family were photographers with George Perry Ashley Abraham the first to enter the industry. Born in 1844, he established a studio business based on the corner of Lake Road, Keswick, after an apprenticeship with Alfred Pettitt.

Exhibitions of the Royal Photographic Society 1870-1915